It is all over the news: The EU has concluded a trade agreement with the four founding members of Mercosur: Brazil, Argentina, Paraguay and Uruguay. But this is not the only trade agreement that Mercosur is negotiating. The following map shows all the Mercosur trade agreements ongoing and in negotiation.

Several agreements are under negotiation (or have been signed but are not yet in force) with the following countries and group of countries: Caribbean Community , Dominican Republic, Central American Integration System, European Free Trade Association, European Union, Gulf Cooperation Coucil, Jordan, South Korea, Mexico, Panama, Singapour; Turkey and Palestine. 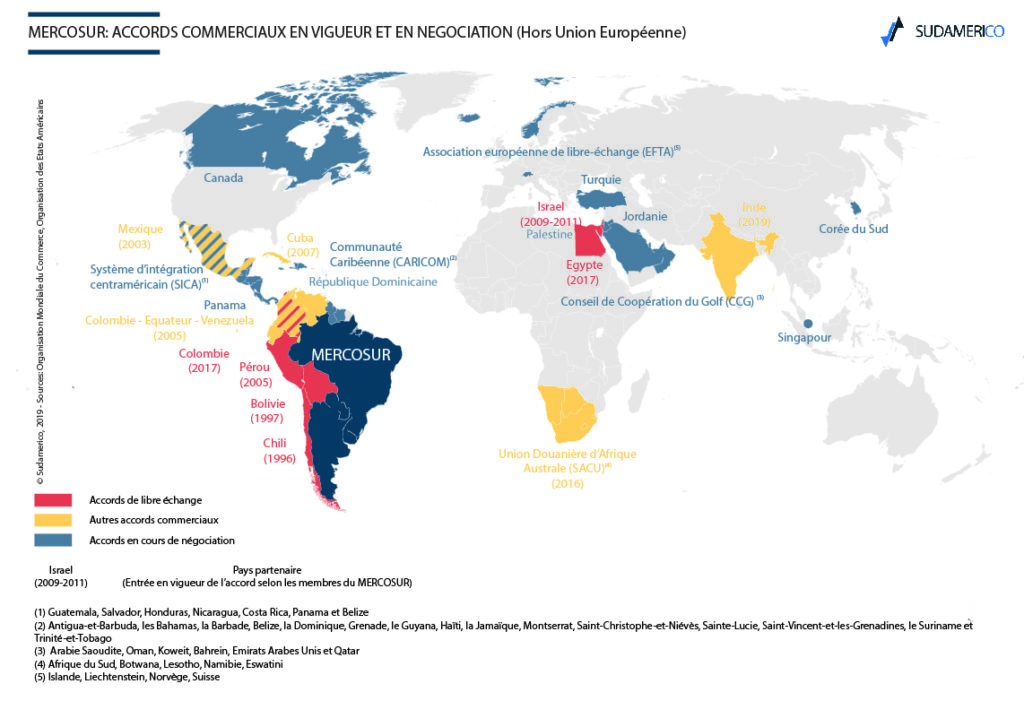